The telly star lives with her mum Edwina, 88, and announced the sad news on Twitter on Sunday.

She wrote: “A precious Mother’s Day x This wk Mum & I found out she has terminal cancer.She’s 88, beautiful inside and out & I love her beyond measure x”.

Her fans rushed to sympathise with the former Countdown star with many telling her she’s in their thoughts.

Carol spent Mother’s Day with her mum and their extended family. 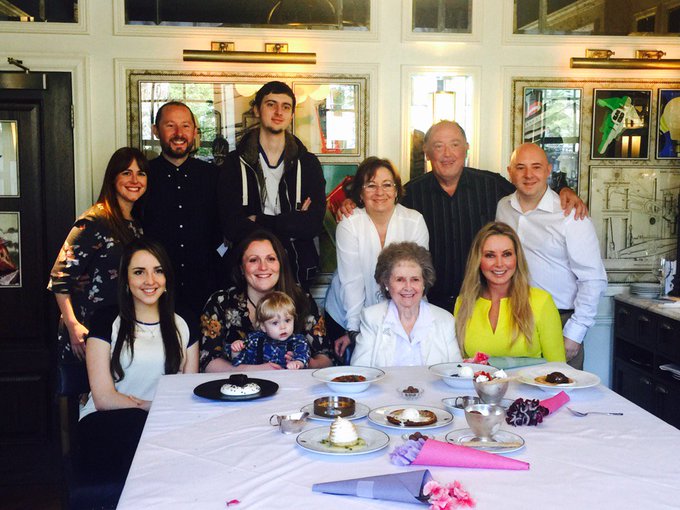 One wrote: “@carolvorders oh Carol that’s so sad. I don’t know you but I know what our mams are to us and how it feels to imagine a future without them

Another said: “@carolvorders So very sorry. My Mum died 26 yrs ago and it still hurts. Treasure her while you can.”.

Carol responded to each of the thoughtful messages from her friends and followers.

Edwina, who landed Carol the job on Countdown by putting in an application for her, has battled cancer three times in the past 12 years.

Back in 2015, Carol opened up about her mum’shealth on social media writing: “Mum having 3rd cancer op today but this op is minor compared to the previous ones thankfully.

“Mum has had a 3lb ovarian tumour removed (miraculously it hadn’t spread).

“Then she had kidney cancer so half of her right kidney was removed, this time it’s a pretty big malignant melanoma, but Mum says “goodness me, this is nothing. I’ll be in and out in no time”.

“Scans have shown this skin cancer hasn’t spread either so we consider ourselves lucky children today.”

Her mother also goes by the name Jean and has been divorced twice and gave her daughter plenty of romantic advise over the years.

Speaking of the life lessons her mum taught her, Carol said: “My mother Jean never settled with just one man. She didn’t see why she should stay in something that she was unhappy with. I don’t think that’s a bad thing.”

Carol’s father Tony left them when she was  just three weeks only and she met him for the first time back in 2003.

Speaking in 2007, she said: “My mother remarried when I was nine, but she left my stepfather four or five times before she finally walked out for good.

“We did a runner in the early hours. I had just graduated from Cambridge and I drove an old brown Datsun. We left the house at 5.30am and everything that Mum owned was in the car. She didn’t have a bank account and she didn’t have any cash.

"At the age of 52, she ended up living in student digs in Windsor, working each day as a PA."

Carol was always close to her mother and told of how Edwina Jean landed her the job that made her career.

She continued: "Meanwhile, I lived in Northampton, renting a cheap room. I used to drive to Windsor twice a week to see Mum, and sleep on her floor.

"In the end, I borrowed a deposit from my older brother so that Mum and I could buy a £21,000 three-bedroom terrace house in Leeds. I was 21 years old and the house was an absolute tip - but those were some of the happiest days of my life.

"Three weeks after Mum moved to Leeds, she spotted an advertisement in the local paper asking for a girl who was good at maths to help present a new TV show, Countdown. She sent in an application for me and I ended up with the job."

Her mum was on hand to help look after her children Katie and Cameron from her marriage to Patrick King.

Carol said: "Even in the early days of the programme, I used to lie awake in bed at night, worrying sick that it would all end and the money would go.

"Fear of ever going back to that poverty again - or seeing my mum struggle like that again - has been like a demon, driving me on."

She continued: "Looking back, the workload over the years has been simply relentless, particularly when Cameron was young.

"But I kept telling myself that I was doing it for the children. I was being paid extremely well and was banking the money so that my own kids would never know what it is like to sit in an old car with all your belongings around you and not know what was at the end of the journey."